Both virtual reality (VR) and augmented reality (AR) technologies have been around for a very long time, but they have dramatically increased in popularity over the last few years. I remember when Pokémon Go came out in 2016 and everyone was mesmerized. Most people had never seen technology used this way before, bringing the virtual world seamlessly into our physical world. It was cool, and it went viral, making it one of the most widely recognized examples of augmented reality. While Pokémon Go has become less commonly used, it got companies thinking about AR and VR, curious and eager to learn about the possibilities of this technology.

Since then, every major tech company has started developing virtual and augmented reality, including Apple, Facebook, Microsoft, Amazon, and Google – racing to develop what could be the next major computing platform. Apple, with their AR initiatives, and Facebook’s Oculus products seem to be the top competitors, bringing these technologies to the forefront.

Facebook acquired Oculus VR in 2014 and released their first headset, the Oculus Rift, in 2016. 2018 brought the Oculus Go, and they will be releasing their newest headset this year, the Oculus Quest. These headsets offer hundreds of apps and are completely wireless, so you can experience the virtual world on the go. With the popularity of these devices continuing to increase, especially in businesses, I think they will become mainstream in no time at all.

Another trend worth noting is the emergence of mixed reality, which is best described as a sort of hybrid AR/VR experience. Users wear a headset that allow the real and virtual worlds to merge, creating new environments and visualizations. The unique aspect of mixed reality is that the digital images are aware of their physical surroundings, allowing them to interact in real-time. The biggest player in mixed reality is the startup Magic Leap, who has raised over $2.3 billion in funding from companies such as Google and China’s Alibaba Group. They released their first mixed reality headset, the Magic Leap One, in 2018.

What will really push these technologies over the edge isn’t their consumer use, but instead the increased use in education, healthcare, and other various industries. Last year, Walmart announced that it would be providing Oculus Go headsets to all of their US stores in a push to provide VR-based training programs for their employees. Schools are using both virtual and augmented reality to create an immersive learning experience for students. We will start seeing these technologies pop up in every industry, continuing to offer life-changing experiences for users.

As the founder of a tech company that specializes in delivering user-centered solutions for connected devices, I can tell you from experience that the demand for AR/VR is on the rise, and it won’t be going away any time soon. I think these technologies have the ability to change the way we play, learn, work, and live, and we are well on our way to incorporating virtual and augmented reality into our everyday lives. 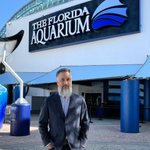