2019 was the year of “Pro” products for Apple. They released upgraded models of existing Pro products such as the Macbook Pro and the iPad Pro and also announced brand new products like Airpods Pro and the iPhone 11 Pro. Each of these products is meant to be a step or two above what the average consumer needs, and instead cater to pro users such as graphic designers, photographers, app developers, etc. However, possibly the “most Pro” product of them all was released just last month – the Mac Pro.

The release of the 2019 Mac Pro marks the computer’s first upgrade in six years, and it is significantly more impressive than the last. It features a redesigned, modular, stainless steel frame and is highly customizable, but it comes at a cost. The base model for the Mac Pro starts at $6,000 and could cost more than $52,000 if a buyer chooses all of the high-end options. For example, you have the option to add on 1.5TB of RAM for an extra $25,000. I won’t go into full detail about the specs in this article, but if you haven’t done so already, be sure to check them out here (They are very impressive).

It is safe to say that the Mac Pro is not for the average consumer. This powerful computer was created for professionals that need to manage very heavy workloads on a daily basis. The high-end configurations of the Mac Pro could function as more of an infrastructure solution rather than a personal computer, and in that sense, the Mac Pro could be appealing to large companies, organizations, and even governments.

Will I be purchasing a Mac Pro? No, probably not. I simply just don’t require that much power. In the Haneke Design office, iMacs and iMac Pros are more than enough for our team’s workload, but it is comforting to know that when the time comes to upgrade, Apple now offers a computer that can handle much, much more.

Startup Strategies to Transform and Grow Your Business
Business - October 2, 2020

"Working from home during the pandemic has proven that flexibility is valuable, but there are some experiences that just can’t be recreated through the barrier of a computer screen."

Remote-work was the answer for many businesses during the pandemic, but what is sacrificed when in-person interaction is eliminated?

We are proud to be involved in such an incredible organization as @techtampabay! This year, Tampa Bay Tech's Software CEO Council chose to donate funds to @ComputerMentors to support the amazing work they are doing in the Tampa Bay community. Learn more: https://t.co/EXNoEr0X7V

Was so great to get these software CEOs together last night. #tampabaytech 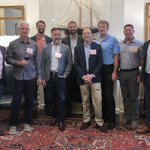 Reply on TwitterRetweet on Twitter3Like on Twitter2Twitter
Load More...
Scroll To Top